We left Ft. Collins at 4am. Our destination was Glendo, Wyoming, a small town on the path of totality for the Total Solar Eclipse. There were a lot of cars on the road but traffic moved pretty steadily. We got to Glendo around 6am and the line of cars into the town were backed up for about a mile on the freeway. We kept going, thinking there would be another exit into the town but no. About 5 miles later we arrived in Douglas and parked at a very crowded rest stop. It was where we decided to stay and see the eclipse. We spent the next five hours walking around, chatting with our fellow eclipse viewers (there were TONS of people there and they couldn’t have been nicer), napping in the car and eating the snacks we had packed the day before. 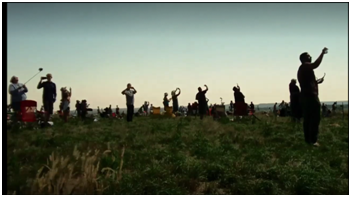 The great thing about this rest stop were the fields all around. We headed out to them about 20 minutes before totality. We looked up with our special glasses as the sun became a sliver of light. You could tell, as totality approached, that it was getting darker, it was like late afternoon before sunset. And then suddenly darkness approached very rapidly. When we turned our backs to the sun we saw the shadow approaching. It was wild! The sky was dark and you could see stars. Because of all the fields we were surrounded by a clear horizon that was orange then bright pink. It was beautiful and awesome and so very difficult to explain. 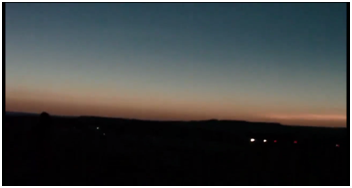 The reaction of the people all around us was cool and added to the moment. People were yelling in amazement. I was crying and laughing with joy. We were in a collective of wonderment.

It was dark for about 2 minutes and then the sunlight began to come back. That was when I wanted to look but of course you couldn’t. Before that the sun was like a black disc with a bright circle of light around it. When the light came back I felt this intense joy, I wanted to see it and be part of it but I couldn’t. 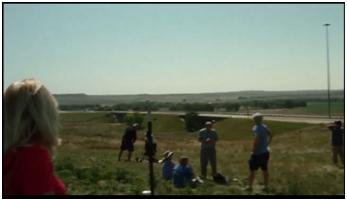 I like that this eclipse went from coast to coast. I like that it shined on red states. I like that people came from all over to see this, people who were curious and loved science. I loved seeing all the telescopes and equipment. I love that the sky went dark but like hope the light came back and it was more beautiful than ever. I like to think this is a turning point for America. I like to think of the eclipse as shinning light on those in the darkness. We will come back to our brilliance just like the sun. I love that the eclipse gave me hope.