You know how a few weeks ago I got the shock of my life when Jerry got me a new car for my birthday?  Well last weekend I got to pass on some of the love by doing the same for my nephew Jonah on his birthday.  Since he is only turning 15 and doesn’t even have his learner’s permit it was most unexpected.  And if you’re going to be technical, the person I actually gave the car to is my brother Harlan, who will own the car and let Jonah drive it.  But the thrill factor was still the same for Jonah.  I got a huge kick out of it as well.

The car I gave him was my old 1994 Ford Escort.  When I first broached the idea with my brother I was half expecting him to laugh in my face and tell me "No thanks” since the car is older than Jonah himself and pretty beat up.  Instead I got an overwhelming “Hell yeah!  That’s the perfect car for a teenager.  He’s going to be stoked!”  The more I thought about it the more I realized it was.  And based on Jonah’s reaction when he unwrapped the key, Harlan was right.

What 15 year old wouldn’t look forward to driving this beauty into the high school parking lot every day?

In addition to having air conditioning and heat, this vintage Ford classic also has a digital clock radio AND tape cassette.  They don’t make ‘em like this anymore. 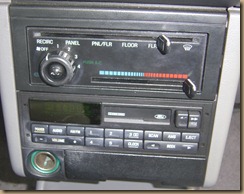 And get a load of this ADJUSTABLE cup holder: 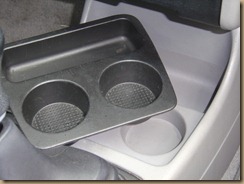 It also came bundled with a few extra features.  This FREE water jug will come in handy during the summer months when the coolant level of the car runs lower than the rest of the year. 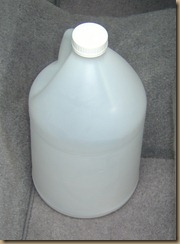 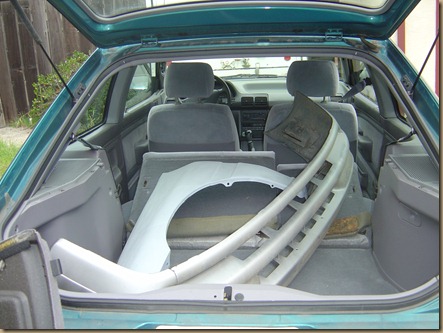 But the best part about my old car is it’s new driver. 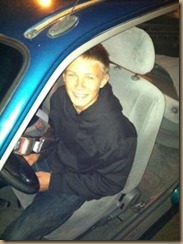 Luckily he is no stranger to the car.  Jonah was 3 months old when he first rode in it.  Packed up in his infant car seat and securely buckled in the back seat by his Grandma Sharon (“Maga”) he was entrusted to my care for the day while his parents moved into the house he would grow up in.  Two years later that car took him the hospital to see his little brother for the first time.  That car was also where Jonah said the cutest thing ever…the story of which will be saved for his birthday next year.  For now, I’ll let him have his glory.

6 thoughts on “Passing the Ford”