I don’t know about you but by the time George Michaels died on Christmas Day I was sick and tired of seeing people whine about how they couldn’t wait for horrible, terrible, mean old 2016 to be over. Yes, I know it was a bummer that a lot of iconic celebrities died but considering that other bad thing that happened (ie: a narcissist con-man got elected to run the highest office in the land, and just so you know my hands are clean on that one) our troubles have just begun. It’s quite possible that 2016 is going to look like a garden party by the time we hit October 2017.

In the meantime I’m trying to keep my spirits up. And while it may seem a little insensitive I’m going to gloat a bit here and tell you that 2016 wasn’t all that bad for me personally. Here are my highlights from this past year:

The year started out on a high point when I decided to do volunteer work with the Hayward Public Library Literacy Plus Program. I started with an ESL learner, a lovely young working mother who spoke Spanish and needed help reading in English. I enjoyed the time we spent together but eventually we had to stop do to scheduling issues. I was then placed with a 50-something woman who is working on getting her high school diploma. We are still together and it’s been a great experience.

In May Jerry and I took a lovely trip to Dallas Texas. Actually, the majority of our time was spent at the Video Game Museum in Frisco. But we also did some sightseeing in downtown Dallas. I also got to see my favorite author, Meg Cabot! 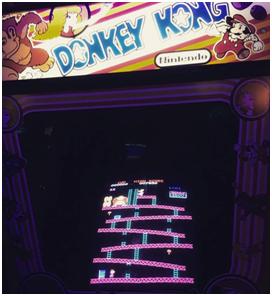 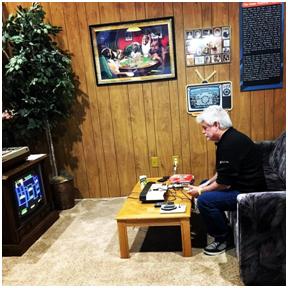 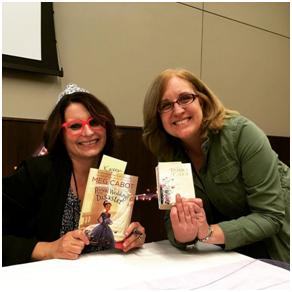 In July I went to the RWA National Conference in San Diego. You can read about it here. Another great thing that happened to me in July was that I got to take on some new responsibilities at work. At first I was a little sad about this because I was taking over the job of someone really great who was leaving the Company. I was also kind of scared about it. Would I do as good a job as the great person who left? But it turned out the new job is really fun and I think I’m pretty good at it, if I do say so myself.

In August Jerry took me on a wonderful trip to Europe. We spent four days in London and two days in Paris. We did have a little snafu with our luggage and spent four days in the same clothes. Also, the London portion of the trip was work related for Jerry, so not as fun for him. But I had a great time! Also did I mention that we flew Business Class? 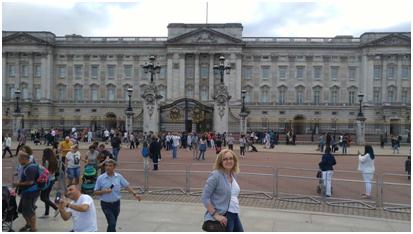 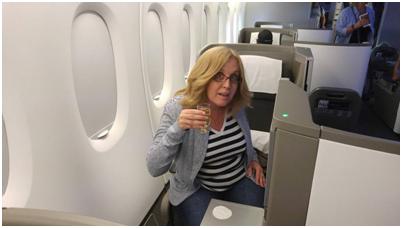 By October I was hyper focused on the presidential election and by November completely depressed that a good portion of America had voted a con-man to the Oval Office. I’m still trying to keep an open mind about the whole thing. Who knows? Maybe Donald Trump will turn out to be a great president. OK, I know that’s a stretch. At this point I’ll settle for not getting us blown up.

My goal for 2017 is to keep a positive attitude and to keep writing. In fact my motto for the year is something I borrowed from Robyn Carr who, when she accepted her Nora Roberts Lifetime Achievement Award at this year’s RWA Conference, said “This year let it be about the story.”