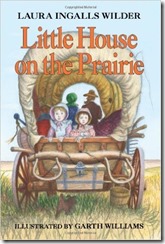 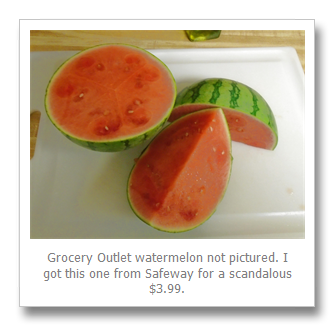 What was your book? I’m talking about the book that got you reading. My friend Mandy at the Romance Bookie tells the story of when she first discovered the Princess Diaries books and those got her reading. Mine was Charlotte’s Web by E.B. White read to class by my 3rd 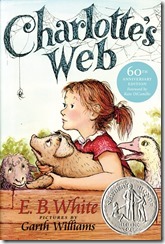 grade teacher. I loved that book so much I wanted to read it over and over again so I asked for a copy of it that year for my birthday. I think I was eight.

I woke up early that year. My dad was eating breakfast and my mom went off and came back with my birthday present, a hard cove r copy of Charlotte’s Web. It wasn’t even wrapped. I still had an hour before it was time to get ready for school so I started what has become one of my favorite morning traditions. I sat down and read.

What an easy birthday that must have been! No special or extravagant gift. No party that I can remember. Even then I was a homebody loner and didn’t enjoy having more than a few friends over for a big birthday party. That year all I wanted was to read Charlotte’s Web. 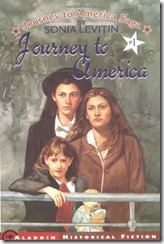 Reading became a regular part of my life. Back in the 1970s children’s literature was serious stuff! Dogs died and there were wars. I read a lot of books about Jewish children growing up in World War II Europe like Diary of Anne Frank, Journey to America and The Upstairs Room. I read the Little House books which established my love for historical fiction. I read the Betsy-Tacy books by Maude Hart Lovelace. I stayed away from fantasy books like Charlie and the Chocolate Factory and James and the Giant Peach. These were too weird for me. I did however enjoy A Wrinkle in Time. I think it was the chemistry between Meg and Calvin.

I loved making trips to the Livermore Public Library. I even got a job there when I was in high school. My friends Lisa, Lynda and I would spend summer afternoons sitting around

reading. Even when our families went camping Lisa, Lynda and I would read while everyone else went off hiking or tubing. Sending me to my room was never a punishment because I would just pick up a book and read. My mom always said that my teenage rebellion was sitting in my room for hours reading Harlequin Romances.

My adult reading life has been sporadic. In college I could only fit pleasure reading in on winter and summer breaks. When I graduated and started commuting on public transit I discovered daily reading again. Several years later when I had to start commuting by car I was at a loss. Without public transit when would I read? It took me a long time to “figure out” how to read for pleasure when you are a busy working adult. Now I carry a book around with me and steal minutes while I’m standing in line or waiting for Jerry. And I also steal a few minutes in the morning before work, just like I did 40 years ago on my Charlotte’s Web birthday morning.

What was your book?

Menu: Sidecars at The Plaza

Up for discussion: Ettiquette and fashion. Unlike Mia I’d drink in everything Grandmere has to say.

Menu: Beer and burgers. I know he’s been dying to partake after he promised Meg on her wedding day he would swear off booze. Why would you make such a vow Laurie? That was just dumb.

Up for discussion: Amy? Seriously? We all know, despite her feeble attempts to convince you otherwise, that she clearly married you for your money. If you had simply come home from Europe after Beth died Jo would have ran straight into your arms and we would all be better off and happy.

Book: Gone with the Wind by Margaret Mitchell

Menu: Buttered yams, buckwheat pancakes and ham in gravy; This is what Mammy urges Scarlett to eat before attending the Wilkes barbeque so she will be too stuffed to eat in public and therefore appear more ladylike. I’ve been lusting after this menu since 1982 when I first read the book.

Up for discussion: No need to break the news about Scarlett and Ashley considering she knew all along. I’ll take her thoughts on what makes a true great lady.

Up for discussion: Hunky boyfriend Stan. I want to know if they stayed together after high school.

Up for discussion: Tips on how to decorate my dollhouse.

When thinking about this list I also considered these characters but decided against them.

The Weasley twins – Who doesn’t love Fred and George Weasley from the Harry Potter books? Unfortunately I don’t think they’d make very good lunch companions. My guess is they are probably kind of annoying to be around in person. Also I’d be afraid they’d try to sneak me something from one of their Skiving Snackboxes.

Kinsey Millhone – I’m several books into the alphabet mystery series by Sue Grafton and certainly growing attached to Kinsey. She’s a recluse who likes her wine so we have that in common. However, she’s also dangerous to be around. There are plenty of innocent people who come into contact with Kinsey who end up getting killed by the latest wacko murderer she’s trying track down. Therefore I think I’ll keep my distance.

Laura Ingalls Wilder – As a young fan of the Little House books one of my favorite fantasies was sending Laura to the future so I could show her what it was like to live in 1970s suburbia. The thought of meeting her now doesn’t interest me so much. I have a feeling she might be kind of boring in real life and also from what I’ve read she was pretty conservative on the political side.

The Dursleys – Also from the Harry Potter books, I’ve always wondered what happened to Vernon, Petunia and Dudley when they are sent into hiding at the beginning of Deathly Hallows. A part of me would like to find out how they are doing and then I quickly remind myself that I really don’t care.

Scarlett O’Hara – I’ve always been fascinated by Margaret Mitchell’s heroine in Gone With The Wind and while I’d love to see what she’d wear to lunch, let’s face it, she’s a racist bitch.